Home > Flyball and the caracter of the cirneco

Flyball and the caracter of the cirneco

You should see Otto at flyball practice! He is crazy for it! He makes everyone have huge grins on their faces when he runs. He does everything wtih DRAMA AND ENTHUSIASM! He is really a funny funny boy. But then he has this soft side that is all squishy and wiggly.

Ocra is also doing well in flyball practice but she isn't as enthusiastic as Otto. She really doesn't like the fact that strangers have to hold on to her while I go to the end of the lane and call her to run to me. She gives them a very big STINK EYE! So that is now her nickname...stink eye. Thankfully she hasn't tried to bite anyone, but she certainly would if pushed too far. She can be tricky with strangers. She has to know you first before she wants anyone touching her. Another Cirneco bitch is just like that who I train with...an other bitch. She doesn't like to be touched by strangers either. The other 3 Cirnechi, Gibbs, Rosie and Otto, all are more trusting and friendly with strangers. 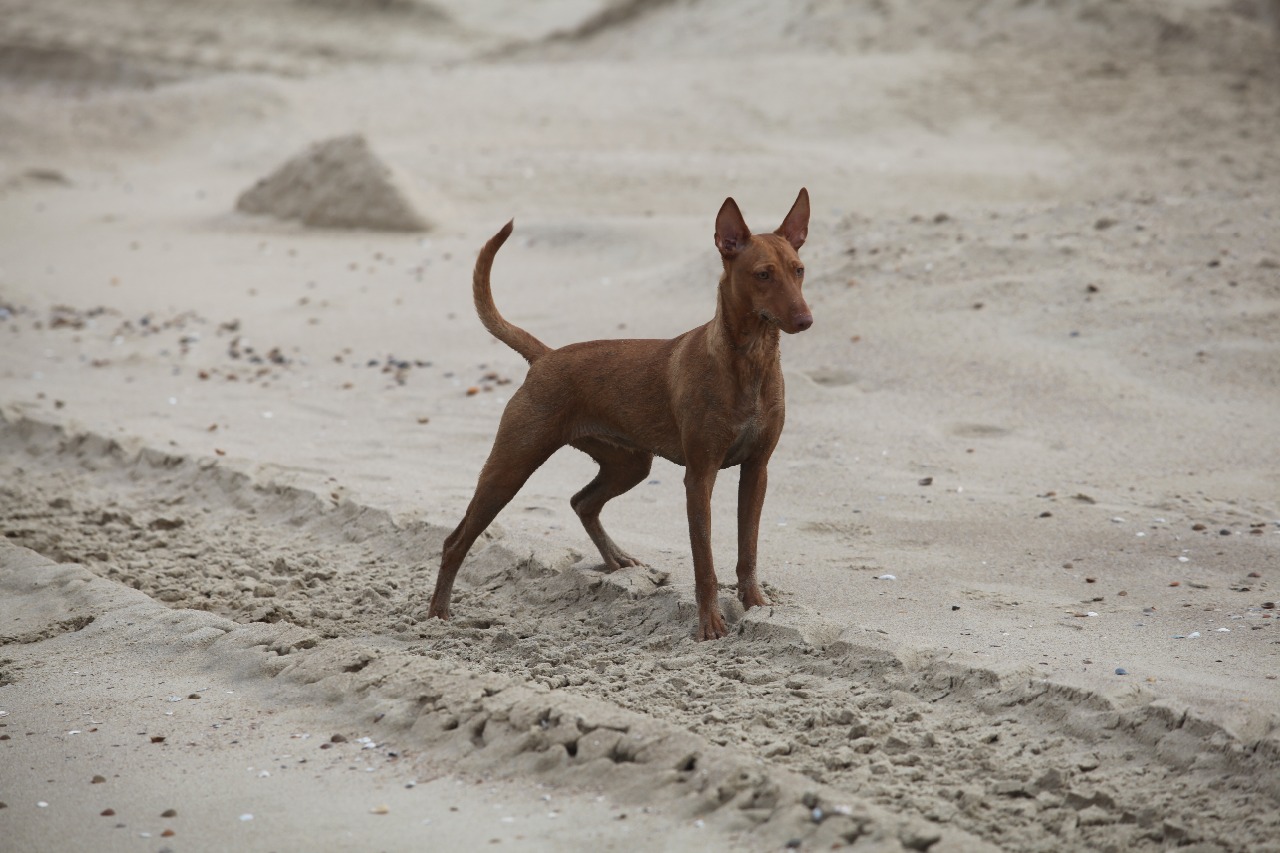